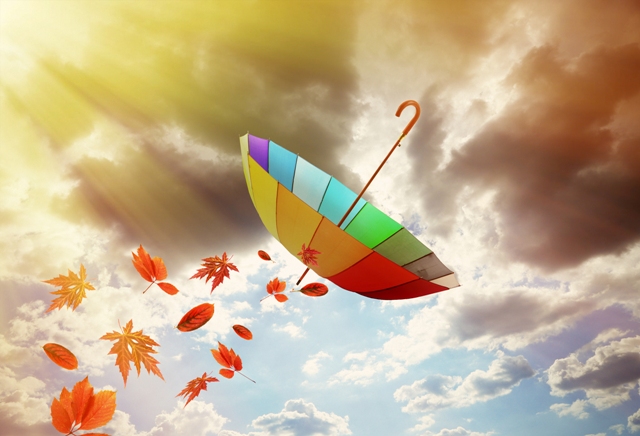 Overall, high pressure areas are expected to prevail over northern and eastern Europe more often than normal through this autumn.  Portions of western Europe are likely to be affected by troughs of low pressure, especially over the UK and France, but occasionally these will extend further south-eastwards across the Alps into N Italy, and these will bring relatively cool and wet conditions with some stronger winds at times too. Spain will tend to still lie under a ridge of high pressure, that has been present here through much of the summer. However, as we head through mid- late autumn, this high pressure ridge is likely to migrate westwards and northwards at times towards Iceland and the mid-North Atlantic and allow cooler, windier and more unsettled weather to extend here too.

This summer, the North Atlantic Oscillation (NAO) has, on average, been in a negative phase. This means higher pressure than normal over Greenland and Iceland, and low pressure areas tracking further south than normal, especially across Central and Eastern Europe and Southern and Eastern Scandinavia. However, there have a been several swings to NAO positive phase, such as we are seeing in late August, allowing high pressure and warmth to intensify over France, UK and northern parts of Central Europe.

Low pressure areas are likely to extend further south than normal over western Europe, bringing the possibility of rather cool and wet episodes to UK, France, N Spain and the Alps, and into the north of Italy at times too. Alpine precip and hydro should rise above normal this autumn, especially in October and November. If we see La Nina conditions intensifying, then, combined with favourable phases of other climate indices, we may see an increased likelihood of high pressure blocking to the west and north of Europe in November and several cold spells over north-west and central Europe. Early season snow over the Alps is more likely in November this year than last November and December.

One argument for this negative NAO forecast this autumn is a lack of Arctic Summer Sea Ice this year. It appears that only 2012 may have seen sea ice extent over the Arctic any lower (since the satellite records began in the late 1970s). Autumn 2012 saw a predominant negative NAO phase, most marked in October. It is more likely that central and southern Italy and eastern and south-eastern Europe will find themselves on the warmer side of the troughs of low pressure and have above normal temperatures this autumn. Scandinavia is also likely to be dry, with often mild conditions in the east.