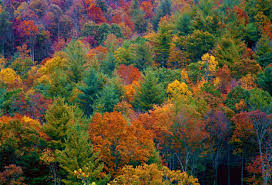 Key Points: Autumn 2016 featured extensive and persistent high pressure across central, northern and western parts of Europe, along with all of northern Eurasia. It is our view that the exceptional autumn warmth across the Arctic and the lowest Arctic Sea Ice extent on record in October contributed to this widespread high pressure block, reducing the strength of the westerly jet stream above the north Atlantic and Europe. On average over the 3 months, wind speed was lower than normal across northern, western and central Europe, while a pronounced swathe of dry anomalies extended from northern Spain, across the Alps, France and the UK to Scandinavia. South-east Europe had a wet autumn. Temperature anomalies were +0.5C to +1.5C above normal over most of Europe, but the Baltic and eastern fringes of the Balkans were slightly cooler than normal, especially in October and November.

September: A persistent high pressure ridge between Spain, France/Germany and Scandinavia, resulting in a dry and rather calm month for much of Europe, especially northern Spain and Italy, the Alps, France, Germany, and southern Scandinavia. Wet anomalies confined to western UK, southern Italy and Greece and northern Finland. The UK had some reasonably good wind output as low pressure areas crossed Scotland. All European land areas had a warm month, with greater than +3C anomalies over Germany and Scandinavia.

October: High pressure intensified over northern Europe and shifted west towards the UK. This produced a persistent cool easterly wind flow over France, northern Italy and Central and Eastern Europe, with temperature anomalies of -1C to -2C. Warm anomalies were restricted to the UK, Spain, southern Italy and Norway; aided by higher than normal sea surface temperatures around  all of the Europe coastline. Southern Italy and the Baltic region saw above normal wind, while there was a real dearth of wind events over western Europe and Germany. Very wet over Romania and eastern/.south-eastern Europe, while the north-western half of Europe was dry. Wetter over the eastern Alps than in September.

November: The high pressure block shifted further westwards to the north-east Atlantic, while troughs of low pressure periodically extended south-eastwards from the UK into France, Central Europe, Italy and occasionally Spain. As a result it was a wetter month for Spain and the southern and western Alps, while the Balkans and Eastern Europe also averaged wet. Temperatures and wind speeds fluctuated during the month in many areas, with several cold northerly incursions mixed in with milder spells. A few short-lived strong wind episodes over southern UK and France and Germany around mid-month, and over Italy between the first weekend and mid-month. Temperatures averaged 1-2C above normal for much of France, Italy and the Balkans, while the UK and Scandinavia averaged ~1C below normal.