Home RUBRICHE SPEAK ENGLISH Forests and bad weather, PEFC: ”To go back to balance’ situation are... 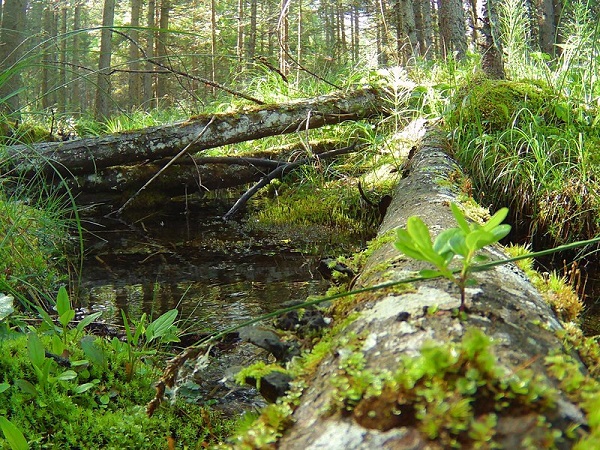 In only one day a number of dejected trees equal to the one reached in the all of Italy in one year of selvicolturali activity and equivalent to an amount of about 8 millions of cubic meters of wood. This is the dramatic effect of sirocco’ wind blew in Italy on October 30th.

Only in Trentino (Val di Fiemme, Val di Fassa) they lost 1,5 wood’s cubic meters, while in Alto Adige just a little bit less. Same situation in Veneto (Altopiano di Asiago, Feltrino, Agordino, Comelico) and in Friuli Venezia Giulia (Carnia, Dolomiti Friulane, Cansiglio). They were almost all red firs, but also white firs and beeches, it depends by the zones and hundreds of forestry roads to reorganize. All these plants were in areas managed in sustainable way, following PEFC’ international standards, and so the situation that was created was not caused by abandoned state, as explained by PEFC in a note.

“The situation is very serious, both from the economical point of view and environmental and social ones: It’ll will take an hundred years to make the situation to go back in balance” – said in a note Antonio Brunori, general secretary of Italy PEFC – “Environmentally we have whole mountain areas, in the next years, that will have no more vegetal covering to protect slopes from rains and by the fast corrivation of exterior waters; moreover, if we won’t quickly remove all the wood on the floor, the big amount of wood bio mass will cause the overflow of the bark beetles (Ips typographus), a small beetle of half centimeter length, that damages specifically the red firs and already considered European forests’ plague. Moreover, we talk about forest area used to be refugee for animals and birds, and areas with a very big landscape relevance too. This devastation will have consequences for the tourism too, that have in forests the main summer attraction for thousands of tourists and hikers of the inner mountain areas”.

“Surely the role of the underway climate change, with extreme events always more and more frequent and with a destroying strength never seen on Alps, has an important role”, underlines in a note Maria Cristina d’Orlando, Italy PEFC’ president. ”Surely, if we’d have had a vision more forward looking and more careful toward the active management of forest resources, we would have done more interventions of dispersion and thinning in many forests now demolished by the wind, selviculturali interventions that maybe would have make these lineups more resilient to climate interferences. With an adequate forestry road access, is possible to make a continuous and accurate maintenance of woods and lands. Active management of forests and the use of local wood may open the way to a sustainable economy of the mountain areas, as the repopulation that would be fundamental to safeguard and monitor these areas. We need investments for these areas, not to intervene in emergency’ moments, but to program and warn”.

Maximum attention by Ministry of Environment to Dolomiti Bellunesi

About criticalities caused by bad weather in the Dolomiti Bellunesi’ National Park, the Ministry of Environment underlined as the situation is considered of “maximum attention” from the ministry.

“Prof. Pier Luigi Petrillo, Chief of Staff of the Minister of Environment, is always in contact with his homologous of Veneto region, Fabio Gazzabin – explains a note – the General Director for nature’ protection of the Minister , had this morning a long talk with the director of the Park. The Minister is totally willing to help Park and Region to restore the ecosystem. We activated a crisis unit at the Ministry’ staff to monitor damages and define, by now, the ways of intervention and related assignments”.

“As soon as the emergency will finish, for no hinder the interventions of these hours, the Undersecretary of the Ministry of Environment, honorable Gava, that owns the mandate for policies for the mountain, with the Chief of staff of the Minister, will go to the place, to individuate concrete actions to undertake to ensure the environmental reclamation”, it ends the note.

Entso-E: “A green Europe passes through the overall interoperability of the energy system”

Transformation to e-mobility: “Freedom of choice is fundamental”