The United States spacer fluid market is expected to witness an impressive CAGR during the forecast period, 2023-2027

Rising investments in exploration, production, drilling, and drilling operations, as well as increasing energy requirements, are the primary drivers for the United States spacer fluid market. The abundance of tight oil and unconventional natural resources is anticipated to open up new growth prospects for the US spacer fluid industry.

Traditional energy sources are so widely used in transportation, manufacturing, power production, and other end-use industries that there is an excessive demand for them. The need to discover new oil and gas reserves is anticipated to be greatly influenced by the rise in demand for unconventional energy sources, including tight gas, shale oil, and coal bed methane.

Oil and gas wellbores are expanding, which is boosting the demand for sophisticated exploration and drilling techniques to meet the nation's expanding energy needs. The increase in drilled footage per well is being driven by a switch from vertical to horizontal drilling techniques. In order to increase productivity, the majority of freshly drilled wells are horizontally drilled and hydraulically fractured.

Oil, gas, and other hydrocarbons are still regarded as one of the most reliable and efficient energy sources, luring businesses to expand their infrastructure and develop cutting-edge methods to speed up the cementing of wells. The average amount of crude oil produced is rising and efforts to increase the productivity, such as the extraction of tight oil in West Texas and New Mexico, and cost-effectiveness of wells are expected to influence the market demand.

As a result, the market for spacer fluid in the United States is anticipated to grow more quickly during the projected period due to the growing emphasis on recovering from unexplored oil and gas sources.

The United States spacer fluid market is segmented into application, type, regional distribution, and competitive landscape. Based on application, the market is divided into onshore and offshore. The onshore segment is expected to capture the highest market share during the forecast period, 2023-2027.

The growth of onshore drilling activities is primarily driven by an increase in oil and gas drilling activities and the steadily rising demand from the Permian Basin. The Permian Basin is the world's top crude oil producer and the nation's greatest shale producer. It is anticipated that increasing demand for unconventional resources, particularly in the Delaware Basin and Marfa Basin, will support onshore activity in the United States.

Objective of the Study:

Years considered for this report:

For more information about this report visit https://www.researchandmarkets.com/r/f2a6hg

New Yorkers Can Expect to Pay Over $27,000 to Retrofit Homes to All-Electric Appliances: CEA Study 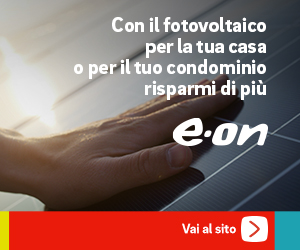