NEW YORK--(BUSINESS WIRE)--Getty Realty Corp. (NYSE:GTY) announced today that Leo Liebowitz, the Company’s Chairman & Co-Founder has elected to retire from the Board of Directors, effective February 23, 2021.

Mr. Liebowitz co-founded the Company through the acquisition of a single gas station in New York City in 1955. From there, he worked to assemble a portfolio of gas and service stations and build our predecessor entity, Power Test Corporation, which eventually went public in 1971 and grew to become the largest independent gasoline distributor on the East Coast.

In 1985, Mr. Liebowitz capitalized on an antitrust dispute involving the proposed acquisition by Texaco Inc. of the Getty Oil Company, paving the way for Power Test’s transformational acquisition of all of Getty’s Northeastern gasoline stations, terminals and retail supply contracts, and its name change to Getty Petroleum Corp.

In 1997, Mr. Liebowitz orchestrated the spin-off of all the petroleum marketing and distribution assets owned by Getty Petroleum to a newly created public company which, only a few years later, was taken private in a well-documented sale to Lukoil, Russia’s largest oil company. The real estate portfolio retained after the spin-off became the core property leasing business which anchors the Company’s holdings to this day.

Under Mr. Liebowitz’s extraordinary lifetime of leadership, the Company grew from a single gas station to a successful national real estate investment trust which currently owns and leases a quality portfolio of more than 950 convenience stores, gas stations, and other automotive properties.

“On behalf of the Board, the management team and all Getty employees, I want to thank Leo for his many years of dedicated and distinguished service as part of the management team and as a board member,” commented Christopher J. Constant, Getty’s President & Chief Executive Officer. “Starting with his vision to create our predecessor company, his enormous passion, commitment and immeasurable contributions to Getty over the years have been instrumental in evolving and growing Getty. On a personal note, it has been a privilege to work alongside Leo and to benefit from his leadership, experience, and friendship. It is well-known that when Leo was our CEO, he had the front door to his personal office removed as a testament and invitation to his open-door policy, and no matter how busy he was, he always made time for the Company’s employees. He has created a culture of honesty, integrity and caring, along with an unparalleled desire to succeed and grow. We will certainly miss him on the Board and wish him all the best in his retirement.”

About Getty Realty Corp.
Getty Realty Corp. is the leading publicly traded real estate investment trust (“REIT”) in the United States specializing in the acquisition, ownership, leasing, financing and redevelopment of convenience stores, gasoline stations and other automotive-related and retail real estate, including express car washes, automotive service centers, automotive parts retailers and select other properties. As of December 31, 2020, the Company owned 901 properties and leased 58 properties from third-party landlords in 35 states across the United States and Washington, D.C. 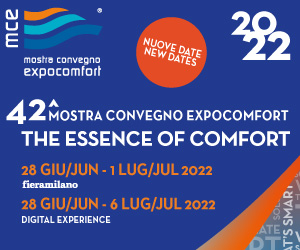